Deserts are areas where the rainfall is too low to sustain any vegetation at all, or only very scanty scrub. The rainfall in desert areas is less than 25 mm or 10 inches per year, and some years may experience no rainfall at all. The hot deserts are situated in the subtropical high pressure belts where there is unbroken sunshine for the whole year. Such areas include the Sahara, Saudi Arabia, large parts of Iran and Iraq, northwest India, California, South Africa and much of Australia. Here, maximum temperatures of 40 to 45°C are common, although during colder periods of the year, night-time temperatures can drop to freezing or below due to the exceptional radiation loss under the skies.

The Gobi desert in Mongolia is an example of a cool desert. Though hot in summer, it shares the very cold winters of central Asia. The Arctic and Antarctic regions, too, receive very little precipitation during the year, owing to the exceptionally cold air, but are more usually classified as types of polar climate. Semi-desert areas include the Steppes of southern Russia and central Asia, and the Parries of Canada.

Much of the equatorial belt experiences hot and humid weather. There is abundant rainfall due to the active convection of air that takes place there, and during certain periods, thunderstorms can occur every day. Nevertheless, this belt still receives considerable sunshine, and with the excessive precipitation, provides ideal growing conditions for luxuriant vegetation. The principal regions with an equatorial climate are the Amazon Basin in Brazil, the Congo Basin in West Africa and Indonesia.

Because a substantial part of the Sun’s heat is used up in evaporation, temperatures in the tropics rarely exceed 35°C; a daytime maximum of 32°C is more common. At night the abundant cloud cover restricts radiation loss, and minimum temperatures fall no lower than about 22°C. This high level of temperature is maintained with little variation throughout the year. The seasons, so far as they do exist, are distinguished not as warm and cold periods but by variation of rainfall and cloudiness. Greatest rainfall occurs when the Sun at midday is overhead. On the equator this occurs twice a year in March and September, and consequently there are two wet and two dry seasons. Further away from the equator, the two rainy seasons merge into one, and the climate becomes more monsoonal, with one wet season and one dry season. In the northern hemisphere, the wet season occurs from May to July, in the southern hemisphere from November to February.

Between the wet equatorial belt and the subtropical desert regions are areas known as Savannahs. They have a single short rainy season when the Sun is nearly overhead, whilst the rest of the year is dry. Vegetation consists mostly of scrub and grassland, which blossoms during the rainy period, and dies off during the prolonged dry season. Such climates and their associated land types are common in the Sahel in Northern Africa (south of the Sahara), large parts of India and parts of northern Australia. 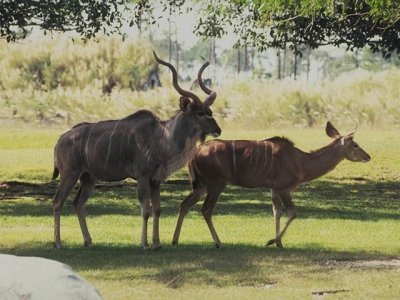 Temperate climates are those without extremes of temperature and precipitation. The changes between summer and winter are invigorating without being frustratingly extreme. There are two types of temperate climate: maritime and continental. The maritime climate is strongly influenced by the oceans, which maintain fairly steady temperatures across the seasons. Since the prevailing winds are westerly in the temperate zones, the western edge of continents in these areas experience most commonly the maritime climate. Such regions include western Europe, in particular the UK, and western North America at latitudes between 40 and 60° north.

Continentality increases inland, with warmer summers and colder winters as the effect of land on radiation receipt and loss increases. This is particularly true in North America, where the north-south aligned Rocky Mountains act as a climate barrier to the mild maritime air blowing from the west. Maritime climate, on the other hand, penetrates further into Europe where the major mountain range – the Alps – is orientated east-west. 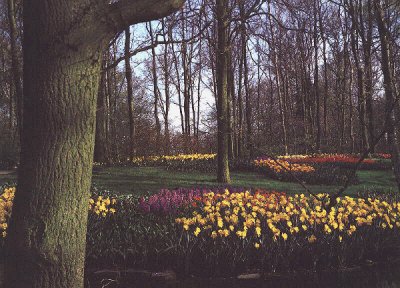 The polar regions are perpetually covered by snow and ice throughout the year. In these high latitude parts of the world, the Sun is never high enough in the sky to cause appreciable melting and the temperature rarely rises above freezing. During the long polar nights, which last six months at the poles, temperature can fall to extremely low values. The lowest ever temperature occurred in Antarctica, where a value of -88°C was recorded.

The north polar region includes the ice-covered Arctic ocean, the Greenland continent and much of northern Canada and northern Siberia. In the southern hemisphere, the vast mountainous continent of Antarctic is covered by snow and compacted ice several kilometres thick.

The Mediterranean climate is a special type of climate that describes a regime of hot summer drought and mid winter rain in the mid latitudes, north of the subtropical highs. This climate occurs most noticeably in the regions around the Mediterranean, from where the climate gets its name, but also in coastal areas of California, South Africa and southern parts of Australia.

In summer, the high pressure belts drift northwards in the northern hemisphere, southwards in the southern hemisphere, They are coincident with substantially higher temperatures and little rainfall. During the winter, the high pressure belts drift equatorward, and substantial rainfall occurs. Whist usually mild, such areas can experience cold snaps when exposed to the icy winds of the large continental interiors.